The dumbbell hex press is often overlooked. You rarely see it in gyms, and when you do, it’s often greeted by bemused looks by bystanders who don’t know what on earth it is meant to be. For chest training, people stick to what they know. Bench press, chest press and dips form the core of any routine.

This is OK. The bench press, chest press and dip are fantastic, extremely taxing exercises that are sure to add pounds of muscle to your chest, shoulders and arms. However, they are not the be all and end all: there is room for variation, as we’ll go into today.

As you may know, the barbell bench press is one of the ‘big three’ in powerlifting, alongside the squat and deadlift. Other disciplines make great use of it, too. You will see it in most, if not all, weightlifting, bodybuilding and strongman training programmes.

Most rugby and American football players use it. It gives a great deal of strength and mass and is so ubiquitous that the amount you can bench is a relatively definitive feature of your skill as a lifter.

However, people who want to add a little variation might want to look at the hex press.

What is the Hex Press?

People who have stalled in their progress or who just want a boost to their pectoral hypertrophy should give it a go. People with shoulder injuries or any kind of impingement should definitely use it, supplementing or even entirely replacing the bench press.

The hex press uses a neutral grip, reducing the amount of external rotation and overall pressure on the shoulder joints. Two dumbbells are used, pressed together, with the palms facing inwards. From here, it is performed as a normal dumbbell press, just maintaining that contact and squeeze through the dumbbells.

There is more inner chest and triceps activation in the hex press than with a normal chest press variation. Because of this, greater hypertrophy through the arms and inner pecs will generally be elicited.

What Does a Dumbbell Hex Press Work?

Any chest press works the pectoralis major, anterior and lateral deltoids, and triceps: essentially, the chest, shoulders and backs of your arms. These are the main muscles used in any kind of arm extension.

The dumbbell hex press, generally usually allows for a more natural movement path than a barbell press would, and can quite often move the muscles involved into a greater range of motion. This is all beneficial to hypertrophy, mobility and strength gains.

Benefits of the Hex Press

There are multiple benefits to the hex press. From the simple virtue of variation to the muscular and neuromuscular adaptation it brings about, if you’re into chest training at all, there is simply no excuse to skip it.

The three main benefits to including the hex press in your programming are that it:

How to Perform the Hex Press

The hex press is a simple enough exercise to perform. However, some of the elements may be new to a lot of people. Specifically, the isometric control needed over the dumbbells themselves may take a little getting used to.

In addition, the hex press is an exercise that really lends itself to being performed slowly, under control.

It’s best to start out at a sub-maximal weight (perhaps 80% of what might be suitable) just whilst you get used to the motions and control needed.

Doing this will mean that your hex presses will do a great job with creating, waking up and/or reinforcing the mind muscle connection you have with your pecs.

They can lead to looser elbows, shoulders and triceps through the movement, preparing you to go up to maximal loads. Flexing at the tops will allow you to really pump blood into your chest, warming everything up and getting your body used to these new demands.

To perform the hex press:

Low and behold, the hex press:

How and Where to Program Your Hex Press

As with any exercise, the hex press lends itself to being used optimally in a couple of very specific places in your training routine.

To continue this, you wouldn’t hit one rep maximum lifts on your squats every single session. You wouldn’t go for RPE 10 every day.

You would perhaps do this once every couple of months, playing around with- and manipulating- other, lighter rep ranges and effort loads in the lead up.

So, where does the hex press fit in your programming?

The hex press works well as a great primary exercise, either in your first or second upper body/chest session of the week. Use it as the great compound movement that it is, fatiguing your full array of pressing muscles.

In this way, it can be used for strength training with lower reps, or for hypertrophy and endurance at higher rep ranges.

Start off with, for instance, five sets of ten during a hypertrophy phase. Then, afterwards, work your chest, triceps and shoulders with lighter accessory movements.

Use the hex press in a moderate chest week. If you hit it hard with the bench press last week, and want to hit it hard again in a week or two, the hex press is a relatively low-taxing exercise that will continue the process of hypertrophy and adaptation, whilst allowing your muscle fibres and central nervous system (CNS) to recover.

Alternatively, you can use the hex press as an accessory movement on bench press days. After working through your bench press variation for the day, pick up a pair of light hex dumbbells and go for some hex presses.

For this purpose, it’s best to go for the higher rep ranges (10+) as your chest, shoulders and triceps will have already suffered under heavy load from the bench.

Remember, when you’re first starting out with the hex press, keep it light. You should be stopping 3-4 reps from failure as you accustom yourself to the new demands.

As mentioned above, one of the key purposes of the hex press is to really zone in on the pectoral/triceps mind muscle connection. It will stimulate and strengthen this connection, better preparing you for any other kind of chest press.

Hex pressing will activate your chest and triceps muscle fibres, eliciting growth and adaptation, but without really burning you out too much.

Are dumbbell presses better than the bench press?

As above, you can quite often get a more natural, deeper range of motion with dumbbells than with a barbell.

However, the bench press allows you to use more weight- the stability of the bar, and the fact that you aren’t having to counter as much wobble in your arms, means that you can really get your weight behind the bar to push.

The toss-up between the two is mobility, range or motion and comfort over sheer pressing power. As both give their own unique benefits, it’s always a good idea to include both types- including the hex bar variation- in any given upper body program.

What is a Tate press?

The dumbbell Tate press, like the hex press, is a variation on a traditional pressing motion that changes the emphasis of the loaded muscles. In this case, it works the triceps very intensely.

It works perfectly in conjunction with a Hex press for bigger arms and chest muscles and greater pressing strength.

How can I make my chest bigger?

Work your chest muscles through their full range of motion, under varying loads and intensities. This is how you stimulate any muscle to grow. In addition, eat plenty of protein to fuel recovery.

The combination of stimulus and recovery is ultimately what till lead to hypertrophy.

As should be clear by now, presses are the main exercises to focus on for your chest. These include:

How many exercises should I do per muscle?

There is no definitive answer to this question. So much depends on your goals, you situation, your training intensity, your diet and lifestyle, and your own natural threshold for stimulus and recovery.

However, as a rule of thumb, we can say that large muscle groups like the chest can be worked for around 90 to 120 reps per week, usually split over multiple training sessions.

These numbers are rough. Try them out, experiment, and see what works for you.

How long does it take to build chest muscles?

It will take up to eight weeks of hard weight training, with constant progressive overload, to see significant amounts of hypertrophy in any muscle group. This includes the pecs, the major component of your chest.

For strength, work lower rep ranges at higher weight during this period. For growth, work lighter weights for higher rep ranges, always chasing the ‘pump’ that bodybuilders talk about.

How many arm exercises should I do per week?

As above, you will want around 90-120 reps. Perform these with good technique, under correct load, over multiple training sessions, and you will be most of the way there.

However, for greater definition and all-round strength and aesthetic balance, a range of exercises and variations will be worth considering.

Each exercise should run for 3-5 sets of 8-12 reps for biceps or triceps hypertrophy. This leaves room for an average of 2-3 different types of exercise.

Don’t forget the stimulation you will be getting from compound movements, either. Pulling motions will generally involve the biceps, whilst pushing will use the triceps. The hex press, as an example, will elicit hypertrophy and strength gains from your triceps.

If you’re performing a few sets of these, go for fewer total isolation sets into your triceps. Indeed, many lifters forego isolation entirely and still build big arms simply using pushing and pulling compound movements like the hex press or the bent over row.

The hex press is one of the greatest ancillary chest movements available for you to include in your programming. Its ability to elicit hypertrophy alongside a great pump will bring about amazing growth.

Its ability to improve your mind muscle connection to your chest will lead to greater pressing strength overall. It’s also a great, low-fatigue way to continue progressive overload through your chest press without continually being burned out from the heavier, more CNS taxing movements like the bench press or dips.

Include it in your routine today to see what it can do for you. 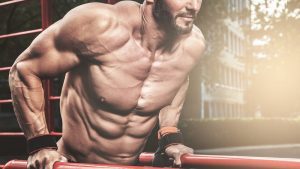 How To Get the Best Inner Chest Workout 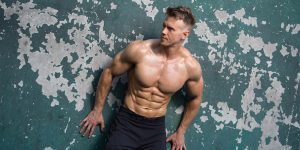 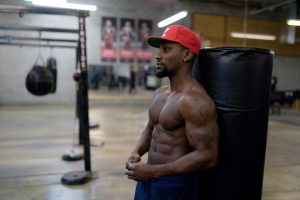 How to Make the Most Out of Your Lower Chest Workouts