In short, no, push ups do not burn fat. No exercise ‘burns fat’.

If you can get that caloric deficit up to around 500 per day, you will be able to lose roughly 1 lb (0.5 kg) per week. If you maintain a strong resistance training program, you will do this without losing much by way of muscle – hence, this 0.5 kg will be largely fat loss.

So, how do push ups fit into this?

Push Ups, Energy Use and Hypertrophy

Push ups are one of the best exercises going for a number of things. They target pretty much all of the muscles in your upper body to one degree or another, with particular emphasis on the pectorals, anterior deltoids, triceps and core. They can also be made to do so very intensely, with a range of different mechanisms employed, which means that they are good for strength gains and hypertrophy.

They should form a large part of any upper body strength or hypertrophy routine.

Push ups are also a very convenient way in which to build muscle and burn calories. For the most basic form of push up, you only really need yourself and a comfortable place in which to perform them. You can add kit as you go, aiming at incline and decline push ups, plyometric push ups to a bench, deficit push ups, and so forth. But when you begin, your body alone is more than sufficient.

Caloric demand from push ups will vary due to a range of factors, which we will go into shortly. As a rule of thumb, however, most people will burn around 7 calories per minute performing them.

This isn’t very many. It’s a fantastic side effect of a strength or hypertrophy exercise. However, you will have to perform around 70 minutes of straight push ups per day to make up a caloric deficit – needless to say, this is deeply impractical.

However, they can be made to work to your advantage for weight loss. Here, we’re thinking more about afterburn than calories burned during training. If you can bring your heartrate above 85% of its max for a considerable amount of time, you will continue to burn calories for around 24 hours after you finish training. In addition, if you can elicit muscular adaptation from push ups (which should be easy enough), your body will use extra calories as it builds muscle.

This makes push ups ripe for including in any kind of circuit or HIIT routine. Mix them in with other exercises, perform them consistently for around 20-30 minutes, and you should find your overall metabolic rate spiking. This will help you to create a caloric deficit, which will help you to lose weight.

How to Affect Energy Use in Push Ups

Broadly speaking, there are three variables that will alter how many calories somebody burns performing push ups. These are:

Push ups are honestly one of the best exercises you can do. They recruit an awful lot of muscle fibre, tax several key systems within the body, have a large amount of athletic carryover, and enable you to build up a strong upper body and core. Though they don’t burn many calories, and thus can’t really be said to burn much fat (if any exercise can be said to burn much fat), they are nevertheless a key ally in any weight loss regime. You will be able to ramp up your metabolic rate and build muscle, enabling you to burn fat faster and more efficiently. 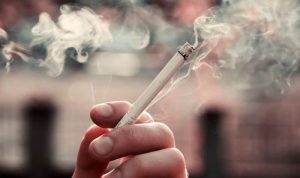