Intermittent fasting is one of the most popular methods of calorie restriction, or voluntary energy restriction, used to reduce one’s weight and improve additional health markers such as diabetes, hypertension, and inflammation. With various protocols out there, such as alternate day restriction, periodic fasting, and time-restricted feeding windows, it begs the question: Does sleeping count as fasting?

If we were to take the base methods of all these intermittent fasting protocols, such as deciding when you stop eating and when you choose to break that fast, the short answer is yes. Of course, sleeping counts as fasting.

You have chosen when to stop eating in the day, you go to bed, you sleep for 8 hours, and you have a set time in the morning when you ‘break your fast’ with breakfast. For a lot of people, that’s a good 12 hours in the day when you are, effectively, fasting.

The longer, more scientific, answer to the question is also yes. A fasted state is shown to be anywhere between 3 and 6 hours after your last meal.

Your body has completely digested all the food you’ve consumed, your insulin levels return to baseline, and your body uses up its stored glycogen and increases its reliance on fatty acids, ketone production, and gluconeogenesis.

All of which can occur whilst you’re sleeping.

Do We Really Need Food that Often?

Fasting has been a popular diet trend for the last decade or more but has in fact been practiced around the world for upwards of thousands of years. Sometimes out of necessity due to food scarcity. And mostly, as has been continued into modern times, due to religious reasons.

There is nothing unnatural about fasting; in fact, our bodies are well adapted to fasting. It is simply that our modern world has shaped us into breaking down our meals into breakfast, lunch, and dinner. And presents us with easy access to hyper-palatable snacks to enjoy between those meals as well.

Have you ever been so busy at work or school that you have forgotten to eat? You had skipped a whole meal such as lunch or dinner due to a fast-approaching deadline or large workload.

But you also realized you weren’t hungry at all? You were only hungry when you suddenly realized you had not eaten?

Hunger itself is a complex hormonal process, but it is also built out of habit as well. We eat because it is habitual to do so.

Not necessarily because we need food three or four times a day. We expect food at certain times, so we start craving it. When in fact, our body can continue functioning without regular meals.

We have enough stored energy in our body to convert to glucose and continue functioning without breakfast, lunch, and dinner. Heck, we can function fine on just one meal a day. So long as we get all our necessary nutrients in.

Why Fast At All?

Intermittent fasting, among other things, gives the practitioner the chance to break out of these habits of freely eating and consuming calories throughout the day.

In a very high-level sense, many Muslims take part in fasting during Ramadan to practice restraint against ‘worldly pleasures’. Freely consuming food is one of those pleasures. This has been practiced with great success for centuries.

Modern fasting for longer periods throughout the year, not just one month, asserts the same control. It essentially rewires the brain and body to not crave food constantly.

The first few days of practicing IF is known to be quite tough, as your body is still used to eating regularly, but after seven or ten days the body is so used to eating in shorter windows that it no longer has the same hunger cues it once did.

So even though sleeping does count as fasting, because the average person is still free to eat breakfast, lunch, dinner, and snacks throughout the day, you’re still tied to regular hunger cues that you might otherwise avoid if you were taking part in a longer fasting period.

There are a number of health benefits associated with fasting that we alluded to above that also play a part in the benefit of increasing one eating window. Obesity is naturally the big one.

Obesity itself is a significant risk factor for many health problems. Such as type 2 diabetes, hypertension, heart disease, and osteoarthritis.

One of the big benefits of intermittent fasting, or energy restriction, is an overall reduction of calories being consumed in the day.

As is known by most across the globe, one puts on more body fat when in a calorie surplus. This is a net surplus of calories consumed against calories burned. Regularly eating more than you burn off in the day/weeks/months will result in more body fat stored in the body.

As body fat is simply stored energy. The more you do this, the more obese you get. And the more health issues you are at risk of.

Calorie deficit through IF

Intermittent fasting has been observed as an easily accessible route to calorie restriction without the need to count calories. Many participants put themselves in a calorie deficit without even realizing it.

This prolonged calorie deficit has been shown to reduce the body fat of the participant. Reducing their risks of obesity-related health issues. The reason they have seen such success is that they are able to reduce their habitual hunger cues. And simply do not have the time in the day to consume large amounts of calories.

This contrasts with someone who does not have a dedicated eating window. Without this restriction in place, they are free to consume whatever, whenever, they like.

And often find themselves over-consuming calories and putting themselves at risk of gaining unhealthy amounts of fat mass.

So, whilst sleeping does count as fasting, as you are not eating, you’re not necessarily benefiting from the effects of a dedicated intermittent fasting protocol.

Autophagy is a process that promotes cell repair and is often associated with intermittent fasting. Short-term fasting has been shown to change the metabolic pathways to induce this process more frequently.

This process is also observed in standard calorie restriction practices, but it may be more easily accessible to those who do not wish to count calories.

Visceral fat is also known as the harmful fat found surrounding the organs (separate from subcutaneous fat found just under the skin which is what reduces when one is looking to ‘lose fat’).

It is possible to reduce visceral fat without a calorie deficit. The practices of doing this are through increasing cardio and/or carbohydrate restriction. Both are achieved without necessarily participating in a calorie deficit.

Ketosis is also associated with intermittent fasting due to the carbohydrate restriction which occurs because of the reduced eating windows. If one is at risk because of increased visceral fat, IF without necessarily calorie counting may be beneficial. And simply not eating because they are sleeping won’t get them to where they need to be.

Finally, if someone is diabetic they may find they can improve their insulin sensitivity through intermittent fasting practices. Again, the shortened eating windows can reduce blood sugar levels considerably. Something which does not occur simply due to breaking up ones eating habits by getting a good eight.

So: Does Sleeping Count?

In short: Does sleeping count as fasting? Absolutely. But it’s simply not the same as intentional intermittent fasting. You are still at risk of many obesity-related health concerns if your regular eating habits push you into a calorie surplus. And, potentially, you are missing out on many additional health benefits. But it absolutely does count as fasting in a technical sense. It just depends on when you eat your breakfast whether it’s the same as the modern-day practice of intermittent fasting. 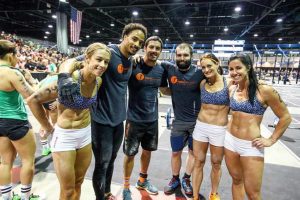