Without a doubt, creatine has to be the most used bodybuilding supplement of all time. It is also arguably the most studied supplement on the planet, where research has fingered it in having real world benefits on both strength and muscle size.

And yet, while its role in helping you make big gains is undisputed, there is the less glorious effect of creatine supplementation, one that looms almost as if it brings shame – bloating.

However, even though bloating is a very real possibility it is important to realize that not everyone who uses creatine will be subjected to those effects. In fact, bloating is more of a minor issue, and one that most people that do experience can avoid altogether. Let’s investigate creatine a bit more, shall we?

Creatine is effectively an amino acid, composed of smaller amino acids which are structurally combined. The three amino acids it is made of are namely, glycine, arginine and methionine. It is also important to realize that creatine is an endogenous compound, one that organs such as the liver, pancreas and kidney make every day. It is estimated that approximately between 1 and 2 g are synthesized daily and subsequently stored in muscle.

It can also be obtained by the diet, primarily from meat and fish, and finally, in supplemental form which most of you are probably using right now.

Creatine can be considered a quick recharge for your body’s ATP stores. In the same way that you have that quick charging cable for your smart device, creatine can help your muscles rapidly generate a little more ATP so that working capacity is either extended, or regenerated quickly.

It effectively donates a phosphate group to ADP (adenosine diphosphate), to form more ATP. This is why creatine helps to increase power output and delay fatigue for a brief period of time. The end result is enhanced muscle mass and strength from being able to prolong an exercise’s time under tension.

How Much Creatine Do I Need?

Even though the body produces between 1 to 2 g of creatine daily, this is not enough to meet the high energy demands of working muscles. Typically, a maintenance dose of between 5 and 10 g of creatine daily is advised, with a loading phase that requires a consumption of 20 to 25 g daily over the course of a week or two frequently employed to saturate muscles first.

The Problem Of Creatine Bloating

Even though many athletes vouch for the efficacy of creatine loading when starting supplementation, in this practice lies the very problem – bloating. But why exactly does this occur?

It all boils down to the chemical properties and structure of creatine.

Creatine can be referred to as a true muscle volumizing agent. In contrast to supplements that boost blood flow and subsequently deliver that desired ‘pump’, creatine actively increases the intracellular volume of muscle cells. In and around each muscle cell is fluid in which chemical reactions can take place.

Creatine possesses a structure known as a hydration shell which attaches to a large volume of water. But it doesn’t end here. Usually, where water is heavily concentrated so too follows glucose, causing muscle cell glycogen storage capacity to increase as well.

What does this all mean? With more water and glycogen in your muscle cells, they take longer to fatigue, and along with creatine are well-suited for optimizing power output. But by now I think you can see the problem that we are facing.

To some, muscle heads appear fuller and more pronounced, but to others what happens is a smoothing out of any muscle definition, and an appearance that looks bloated and puffy. This is the nature of the bloating that creatine can bring about. Yes, it might only be considered a cosmetic issue to many, but if your livelihood depends on maintaining symmetry and anesthetics year-round, you could be in for a bad time.

Rarely, some users of creatine experience intestinal bloating, which is an unpleasant feeling of gas pressure in your abdomen. This might represent a bigger problem since it means that creatine is being poorly absorbed by the stomach. Intestinal bloat may pass after a day or two, but if it does not a reduction in the dose may also help deliver some amount of relief.

Even though to the untrained eye the bloating might appear to be limited to actual muscles, in reality the entire water volume of your body increases. This is good in one additional way-you might experience some earth shattering erections (the ingredient HydroMax Glycerol used for hyper hydration in pre-workout formulas can also do this).

But on the other hand, you place greater stresses on your cardiovascular system as the heart has to work harder to move a larger volume of blood and fluid volume. Blood pressure may also rise in a similar fashion, and the kidneys are forced to filter a greater amount of liquid daily.

Issues relating to intestinal bloat may include diarrhea, cramping, nausea or vomiting. If intestinal bloat does not rectify after a few days or via reducing the dose you should discontinue creatine supplementation.

How To Deal With Creatine Bloating

First and foremost, one of the most important things you can do to counter bloating is to drink more water. Sure, it sounds a bit contradictory, since you probably think that consuming more water means more bloating, right?

Well turns out it doesn’t really work that way. The body is a strange and marvelous machine that seeks above all else, balance. If after creatine has sucked a significant amount of fluid into muscle cells where they are held, you decide to restrict or limit your water consumption, effectively one of two things happen;

You either start to experience dehydration as your body holds on to the water it has (making bloating worse), or you fail to see the benefits that creatine would have brought about had you kept your water intake up. You should even consume a bit more water at this time, since your kidneys will be filtering more blood and fluid, to ensure there is enough water to dilute electrolytes and other waste in.

It is important to realize that a loading dose is not absolutely necessary for you to experience benefits from creatine consumption. A loading dose can be considered more of a shortcut so that muscle creatine saturation occurs earlier, but you can still consume the standard 5 to 10 g daily if you are particularly prone to bloating and skip the loading phase altogether.

Alternately, another way to maximize your response in the absence of a loading dose is to consume your creatine doses with a glucose source. Why glucose? Because creatine is best shuttled into muscle cells under the influence of insulin. This is why you might have probably noticed creatine labels stating to consume your dose mixed in fruit juice.

On a low-carb diet? All hope is not lost. More and more studies have been emerging which indicate that many proteins are capable of eliciting insulin release as well. The amino acid leucine, which is considered highly anabolic, is also one of the most potent insulin stimulating amino acids out there. So feel free to add your creatine to a protein shake-you’re still likely to experience significant benefit.

Experiment With Your Daily Dose

The standard recommendation for creatine dose is based on average body weight (about 80Kg/ 170Lbs). Of course, this does not mean that everyone would fit into this mold as there are a large number of novice athletes that are well short of this weight. Consuming high doses at a low body weight is an almost guaranteed way to experience issues with bloating.

We know this should sound like common sense, but you might be surprised to learn that many “aspiring” athletes start supplementing with creatine before they have ever set foot in a gym, in the hopes that it will give them a leg up on the competition.

Creatine uptake into muscle cells is significantly enhanced during the post workout interval, as muscle cells in their quest for nutrition eagerly accept nutrients sent their way. This is the most opportune time to consume your fast digesting carbohydrates, amino acid/protein beverage and creatine for maximum absorption.

While most people digest creatine relatively well, certain types may be better suited for you, especially if you are currently experiencing intestinal bloat or G.I. issues. Micronized creatine-a very popular offering of creatine is believed to be the least problem causing, but other great types include creatine hydrochloride and magnesium creatine chelate. Don’t be afraid to try a few different types and see which works best for you.

The majority of people who experience creatine bloating do so because of overconsumption. This can easily be remedied by either reducing the dose consumed, skipping a loading phase, or even switching to a different creatine variety.

You should not avoid using creatine for fear of experiencing bloating, or you are shortchanging yourself of significant lean muscle and strength gains. 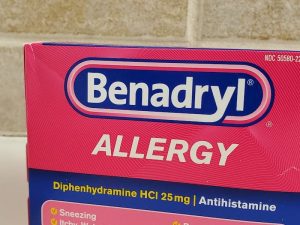 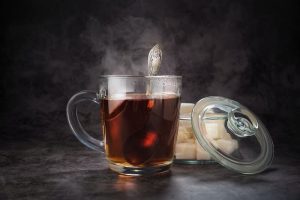 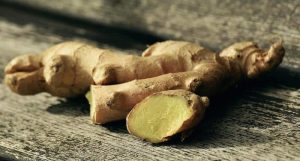 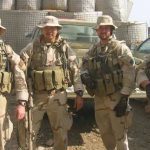