The easy answer to this question is that there is no line in the sand that must be drawn. What this means is that yes, there are some deli lunch meats that are less than desirable, and ones which might definitely knock you out of keto. However, there also exists healthier options that will not have much of an adverse effect on you staying in ketosis.

Below, we delve into some popular deli lunch meats too see if they are keto friendly or otherwise.

Much of this will depend on how vigilant you read labels and make choices. But all in all, deli meats don’t have to be bad for you or your keto diet.

But if you’re not careful, deli meats can have a real detrimental effect- not only on the keto diet but your health as a whole. For instance, daily consumption of just 50g of processed meats can have a significant increase of 18% on your colon cancer risk.

Then there’s also the fact that they are generally higher in cholesterol than leaner cuts of meat (assuming you don’t eat turkey only) and may be high in other carcinogenic compounds.

Everybody loves hot dogs right? With so many different types around, it’s easy to get caught up with the wrong one if you’re not careful when choosing. The good news? Most types of hot dogs (mind you- we are referring to the sausages and franks and not the bun!) are absolutely fine on keto.

Sausages consist mainly of ground meat and associated meat byproducts, and only occasionally require binders or other ingredients which may be higher in carbs. This aside, you get a decent source of protein and fat, which forms the backbone of effective keto diets.

It is necessary to avoid hot dogs with artificial flavors since they are the ones that are usually higher in sugar and carbohydrates.

Second only to sausage, this deli meat has to be the most popular worldwide. Made from a combination of pork, chicken, or beef, cured pepperoni is extremely low carbohydrate and suitable for consumption on the keto diet.

You may have been accustomed to making roast beef sandwiches, but upon transitioning to keto this favorite has probably fallen to the wayside. This does not have to be the case, with the exception of ditching the actual bread, since roast beef itself is very low carbohydrate and suitable for the keto diet.

Just be sure not to add any unnecessary honey roasted type of sauces to eliminate the addition of extra carbohydrates.

Swap unnecessary bread and instead use lettuce leaves to make a quick and healthy sandwich.

Another classic deli meat made from either beef, pork or lamb, it originated in Romania as a way to preserve meat.

Like many other deli meats, pastrami is low in carbohydrates and high in protein and fat, which makes it seem perfect for keto.

It does, however, contain a significant amount of sodium, so bear that in mind.

Is there any deli meat more iconic than ham? A hearty and satisfying choice, ham is abundant in fat and has a good amount of protein to match.

You really can’t go wrong with this keto staple unless you choose some honey glazed variety or one that contains carbohydrates that aren’t naturally there.

In terms of leanness, turkey can’t be beat. Exceptionally high in protein and the amino acid tryptophan, you may appreciate this deli meat for dinner as it can help you sleep better.

Turkey can also support weight loss owing to its relatively low calorie density when compared to other deli meats.

Another type of cured sausage, salami is frequently made from beef or pork, and usually possesses a marbled appearance. Salami, not surprisingly, is high protein and fat and low in carbohydrates, but still moderately high is sodium.

Samali skin (the outermost lining) is made from penicillium mold many times, so if you have sensitivities to such types of antibiotics be careful with that.

Lovingly known as “baloney” throughout many parts of the world, this deli meat (or luncheon meat, if you prefer) is a type of mortadella sausage made primarily of pork, but also sometimes from beef or chicken.

Bologna follows suit like most of the other deli meats and is low in carbohydrates and sugar content.

While deli meats can be considered fine on keto, that’s not to say that they should be consumed with reckless abandon. For one, they may come cured and preserved using nitrites, possible carcinogens that increase cancer risk.

They are also not very heart friendly, as they may disrupt blood lipids and increase cardiovascular risk. Then there is the often less spoken effect they can have on actual ketosis, since being rich in protein, can possibly convert to glucose via the process of gluconeogenesis.

This is in addition to the fact that some may outright use fillers that increase the carbohydrate content and make it unsuitable.

Keep in mind that ketogenic diets aren’t necessarily very high in protein, for this very same reason. But with that said, there is absolutely nothing barring you from indulging in your favorite deli meat from time to time. 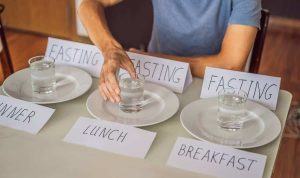 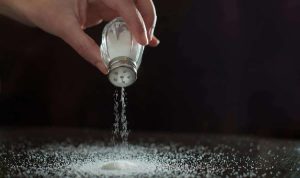