Weider Ultimate Body Works offers a legit at-home alternative to commercial workout equipment for anyone who doesn’t want to, or can’t, go to the gym.

Fitness enthusiasts, hardcore lifters, and most health and wellness fanatics love the gym. The camaraderie, the feeling of accomplishment, and the well-being and physique benefits keep them coming back. You may know someone who gets grumpy when they can’t get to the gym.

Not everyone’s like that. The gym can be a very intimidating place for some. Call it in-gym-ideation. Novices, the out-of-shape, the obese, the infirm, and the elderly.

Home workouts appeal to people like that who want to exercise without making a public appearance, where showing up leads to unhealthy self-comparison to the ultra-fit.

But even for the serious fitness enthusiast, sometimes time pressures, bad weather, or the dreaded gym closure make working out at home sound great.

Fortunately, today there’s a larger selection than ever of equipment that enables a workable home workout.

The Emergence of the Home Gym

Soloflex showed up in 1978, and Bowflex came the year after. Exercise bikes and treadmills were already on the scene.

These early home gyms offered a space-saving, convenient and affordable alternative to the weight machines found only in commercial gyms and school athletic departments. Universal Gym was the closest in design, with several exercise stations all-in-one machine, but only the wealthy could afford the extra rooms with ceiling heights required for one.

Home Exercise Equipment by the Numbers

In 1988, exercise equipment manufacturers shipped $771M in home fitness equipment. That became $990M million (1990), and on up to $3.5 billion (2006). Increasingly busy lifestyles and the appeal of training at home has catapulted the global home gym equipment market to $5.6 billion, growing at nearly 8% annually.

The Weider name has been associated with physique competition and bodybuilding for decades and became synonymous with home workout gear. I owned Weider barbell sets and benches that I assembled myself and kept in my dorm room at college and later in an unused storeroom at my aunt’s house after I moved back home.

I’d expect that anything with the Weider name is well-made.

The Ultimate Body Works Design Is Bodyweight “Plus”

A glide board is fixed to glide rails and features four bungee cord cable-and-pulley assemblies that can be added to increase resistance by 50 lbs. over and above your own bodyweight. (Doing the math, that’s 12.5 lbs. added resistance per pulley.) And there’s the possibility to use other exercise equipment along with the Weider.

The UBW is compact. Even tiny homeowners can find space for it.

Ultimate Body Works folds up flat similar to an ironing board. It’s easy to move in and out of storage and compact enough to stay out and assembled, square footage allowing.

Fully assembled and completely upright at its highest incline setting, the UBW’s “footprint” is 48” tall, roughly chest level for an average guy like me. It’s 27.5” wide and 59” long at its base, allowing it to fit inside a closet when folded, meaning it clears a head-high clothes rack, or fits under a bed or couch with legs.

Compact doesn’t mean flimsy. The manufacturer lists its weight capacity at 250 lbs. and the machine’s assembled weight is 72 lbs., much heavier-gauge materials than that adjustable bench I had back in college.

Weider Ultimate Body Works is a versatile workout tool, to say the least. You can work the upper body, lower body, and core effectively with it.

If 31 isn’t enough, add other portable workout equipment, and the list of possibilities expands tremendously.

Here’s a list of accessories I could envision using along with the Ultimate Body Works to broaden its potential:

So you can see, with a little knowledge of physiology, a few extra implements, and some creativity, the machine makes well over 100 exercises possible.**

A couple of notes to self:

*I’m well within the Ultimate Body Works’ weight capacity. I’d do some math if I added weight to avoid approaching 250-lb. limit.

**Creativity with the UBW has its limits. I would never stand on the board or use it as a balance training tool.

Progressing and digressing almost any exercise is easy on this single machine, depending on how the variables get manipulated.

Actual resistance varies based on bodyweight, incline, and the number of cables attached.

So, I could increase resistance in four ways:

The number and speed of repetitions of course are up to the user and are another way to progress or digress an exercise.

I look for equipment that lets me get a full range of motion (ROM). Full (ROM) is completely possible with any exercise on the Weider.

Weider’s design lets the joints move into complete flexion, extension, abduction, and adduction for a full ROM. Because of its cable system, you can get the added benefit of early phase loading that’s not possible with tubing or bands (since tubes and bands have their greatest load in the late phase.)

Here are two examples of the ROM the Weider empowers:

Chest Fly. The Weider UBW cable-and-pulley system enables the hand and forearm to cross the mid-line of the chest. Crossing the mid-line adducts the humerus, which is so important for pec activation.

Front Deltoid Raises. The machine shines for deltoid work. The shoulder can extend fully under load and stay loaded all the way to the top of the motion, something not possible even with dumbbells.

Full ranges of motion are possible on almost all the suggested exercises for the UBW as compared to their commercial gym equivalents. Squats, biceps curls, triceps extensions, deltoid raises, rows…all these can be performed with a complete ROM on the Weider.

The board is a little wide for free scapula mobility. I like my shoulders to have a few inches of freedom on either side of a bench to allow them to rotate and for shoulders to extend full during supine pressing movements.

A Few More Nuts and Bolts

Ultimate Body Works costs less than its direct competitor (the one with the celebrity endorsers). You can expect to pay in the mid-$200s for the Weider and a few dollars more for the competing machine. You can find prices for the Weider online ranging from $220 to the low $300s.

Maybe Not for my Toughest Workouts

I’m always a little suspicious of compact home equipment out of skepticism that it won’t withstand the punishment of my heavier workouts. There is no denying that it is not designed for competitive strength training.

The Weider Ultimate Body Works does have a 250 lb. weight capacity, which makes it sturdy enough for most people but not for heavier people approaching the machine’s weight limit.

Experienced lifters may also question how smoothly the board glides along its rails and if it binds up from additional downward friction under heavier loads.

Serious lifters will likely want a machine that provides more resistance than the machine offers for their everyday needs. Ultimate Body Works is not going to replace the squat rack for heavy leg days.

Cautious consumers like me generally associate length of warranty with durability and quality. The Weider Ultimate Body Works’ carries 90-day parts and labor warranty, too short for some to consider rugged enough, but plenty of coverage in others’ opinions.

If I’m going to break it, it would happen inside the first 90 days anyway, so worth the risk-reward trade-off for the price.

The Weider requires some assembly, unlike its closest competitor, which arrives fully assembled. Instructions and basic hardware are shipped with the unit, so with a few handheld tools everyone keeps around the house, putting together a Weider Ultimate Body Works machine is quick and easy.

Summarizing the Pros and Cons

In summary, the Weider Ultimate Body Works makes an excellent choice for any of the following:

I checked Amazon, where reviews on the Ultimate Bodyworks average ~4.5 stars out of five, with nearly 3600 reviews…a large sampling of very favorable reviews.

Combined with the variety of bodyweight exercise routines now available as a result of COVID, and a selection of other portable home exercise accessories, the Ultimate Body Works offers a respectable alternative to a gym workout for the average person seeking fitness. Metabolic Types: Everything You Need to Know 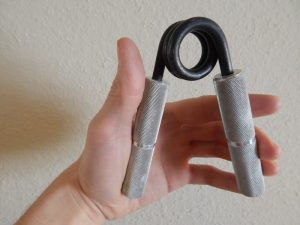 Do Hand Grippers Work? All You Need To Know 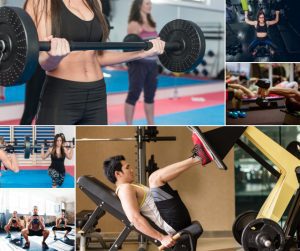